Six years ago, DelhiPlanet published a first hand account of a mythical science commonly known as Naadi Astrology. That feature went on to become a rage receiving more than 350 comments and tens of thousands of page views in the years to come. The success of describing our experience with Naadi Astrology encouraged us to dig deeper into it. In the process we personally investigated various other chapters which elucidate different aspects of our lives in more detail. As a result of these efforts, DelhiPlanet is today the leading source of verified first hand information on Naadi Astrology.

Armed with several years of experience and knowledge about the purported science, we sought to conduct a two fold experiment with the goal of understanding the real truth of Naadi Astrology. Do the Naadi leaves truly contain the complete detail of our future? or Is it only an estimation based on insights gleaned from a person’s birth chart?

Our first experiment involved verifying the future predicted for one of our team members in 2007. An experience which led us to publish our first feature on this topic, Naadi Astrology â€“ Opening The Leaf To Your Future. To verify the predictions given by the Nadi reader we simply compared the account of events which he described against the reality six years later. The results were not encouraging, the Naadi reader had accurately described the events of the next one or two years although they were referenced to in a vague and general fashion. However, everything that he described beyond two years didn’t happen. Either the prediction proved wrong or the timing was off and the described event hadn’t taken place yet. To understand this further, we consulted a traditional Indian Pandit and asked him to predict the future of the same person after only providing his date of birth, place of birth and time of birth. These details allowed the Pandit to prepare the individual’s birth chart which he then used to describe the future.

What we discovered through this experiment was that the Pandit’s prediction closely matched that of the Naadi Astrologer. The key difference here was that Naadi Astrologer had detailed what events would happen in which year, while the Pandit had only provided time frames. This led us to believe that the entire goal of a Naadi Astrologer is to determine your name, place of birth and date of birth post which he proceeds to make a birth chart allowing him to predict your future like any other Pandit would do. What makes Naadi Astrology appear more authentic however, is that they provide you with a lot of information about your family, your background, your profession, career aspirations etc. These details are however given to the astrologer by the person themselves through a series of questions.

The second experiment involved re-visiting the entire Naadi Astrology process at a different Naadi center for a close relative of the person who was examined in 2007 (as shown in the above video). By now, our team was really familiar with the process of determining a person’s Naadi leaf having gone through it many times in the past. This time, everything was very closely monitored and the setup was carefully observed.

It is a common fact that each one of us is greatly impacted by the lives of our close family members, namely parents and immediate siblings. Even our uncle’s, aunts, cousins etc play a role in determining how pleasant or unpleasant our experiences can be in the future. Thus, by determining the future of the parent of the person examined earlier we would be able to check the accuracy of the predictions made in the past.

The thumb-print of the parent had been given at the Naadi Center more than a year ago. Finally they were called to visit the center and verify the found leaf. The process started in the same manner as before, the Naadi reader asked a number of questions with the goal of finding a sequence of consecutive ‘yes‘ responses. These queries started out as being vague before becoming more specific, some of the questions asked were; “Is your father alive? Is your mother alive? How many characters are their your parents name/ your name/ your husband’s name? Were you born in the first 15 days of the month? What’s the occupation of your children etc?”. The questioning went on for almost an hour during which almost 200 questions were asked. Once again, similar to our previous experiences, the leaf with most of the matching details was found in third bundle of leaves. Each bundle has 108 leaves meaning that it took the Naadi reader almost 250 leaves to finally arrive at one where everything he said was matched by a ‘yes‘ response.

Another interesting observation was that the reader would often repeat the same question he had asked earlier. This made us believe that the entire process was simply a way to extract the information from you through a series of confusing and scattered inquiring. The process ends when the three most important details namely, your name, date of birth, place of birth and time of birth have been identified. Thereafter the Naadi reader asks you to wait for a good one hour during which time he prepares your birth chart and records all your responses in writing. 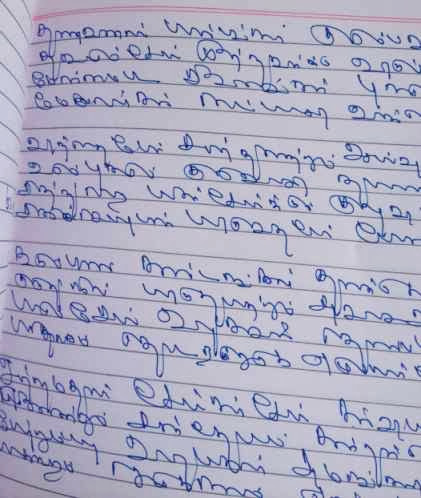 Before you pay the fee associated with the above process, the Naadi reader will read out the future to you as written by him on his notebook. Here again, what we found to be really fishy was that the Naadi reader was simply reading out all the positive responses he had gotten from us. He didn’t tell us anything new. When specifically questioned on certain areas his responses were similar to what the Pandit had given indicating that he too was only predicting your future based on your birth chart. Finally, when all discussion had ended the readers suggested extremely complex religious remedies that would help solve many of our problems. The remedies were very expensive and the establishment simply wanted you to give them the money in return for Prasad which would be delivered to your house.

This thorough investigation and two-fold experiment helps us to summarize a few findings although there are still some doubts for which we don’t have answers yet. Online Casino Review – How to Find the Best Casino in India