This year India will be celebrating its 70th Republic Day and it’s definitely an exciting time for the entire nation. Celebrating such a huge milestone also calls for equally huge celebrations, right?
This year there are many new additions to the parade that will stand apart from the normal celebrations which generally include tableaux showcasing various states and its cultural heritage, the several wings of Indian armed, naval, and air forces, and cultural performances by school students.

A few of the highlights that you will get to witness this year are: 2. The year 2019 is also very special as it will mark the 150th birth anniversary of the    Father of our Nation, Mahatma Gandhi. The celebrations for this festive occasion to pay a tribute to this beloved leader will commence on this Republic Day. 3. More Power to Women in the year 2019!
Our ever-so-favorite Daredevils Motorcycle Team has a woman as one of the stunt performers this year. And to add to this, Lieutenant Bhavana Kasturi, a leading lady officer, will be heading the Army Service Corps (ASC), a marching contingent that has always been an all-male personnel zone. Isn’t that amazing! 4. Another key attraction to watch out for this year will be the showcasing of aircraft that run on blended bio-fuel. Operated by the Indian Air Force, this aircraft will fly-past  with 10 percent of bio-fuel in it over the Rajpath forming a ‘V’ that stands for ‘Victory.’ 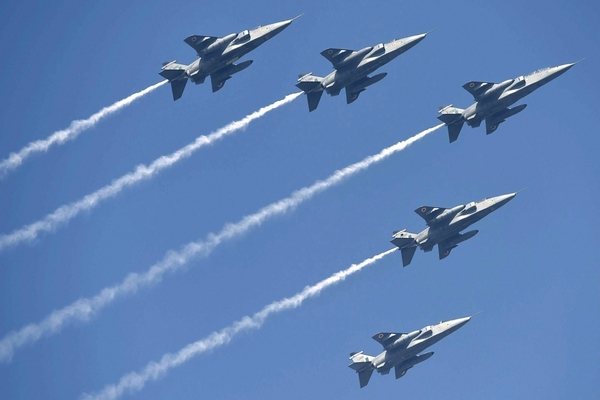 5. You’ll also get to witness the grandeur of India ‘s latest military warfare for the Armed Forces with the M777 Howitzer and K9 Vajra, the self-propelled gun. 6. The Indian Navy is not far behind and will showcase the miniature replicas of the latest surface ships and submarines inducted into the forces. We are super stoked to catch all the excitement this 26th January. Are you?