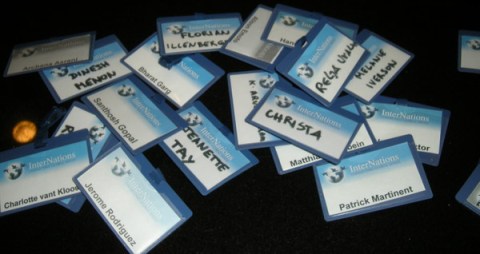 Howard to Sheldon: I thought you didn’t like Facebook anymore
Sheldon: Oh!, don’t be silly. I am a fan of anything that tries to replace actual human contact

Unless one is a neurotic and crazy genius with an IQ of 187 or more it is likely that they will not share the opinion of Sheldon Cooper. However, super-smart individuals despite their various degrees of success in life have a knack for being right most of the times. To Sheldon’s credit his assessment of Facebook, as a means to make ‘real friends‘ is quite accurate. In fact most of you reading this are likely to have a large number of ‘friends‘ on Facebook whom you have never met or perhaps just met on one or two occasions in the past.

The social media revolution and the immense success of Facebook, Twitter and LinkedIn over the last five years has led to tremendous growth and differentiation in this area. There are more than a 150 niche social networking sites today designed to help you find people who share any one of your many interests. These can range from a desire to learn more about business school to meeting people who love traveling, to sharing any great dishes that catch your fancy. We term these communities as ‘Specialist Social Networks‘ and while there is a great amount of variety to them, only a few do a good job of giving real meaning to social networking.

A true social network is one which not only allows you to stay in touch with people and communicate with them online, but also offline. One such community that has been around for more than four years and has close to half a million members worldwide is InterNations. Self described as a community of ‘Expatriates and Global Minds‘, InterNations is a global expat network and one of the most well known among people who live/have lived and worked outside their home countries. What makes InterNations unique is that the business is built on philanthropic principles and pursues a local approach to global networking. InterNations even today is an invitation-only network whose members are organized into local communities spread all over the world (e.g: expats in Delhi, expats in Rio De Janerio etc).

The online network provides personalized pages relevant to your current location and the ability to search other members in your region. Each local community also has an ambassador who organizes offline networking through monthly get-togethers at some of the finest venues of the city. One of the unique aspects of the community that easily comes across through its members is their love for traveling and meeting new people. Walk into any of their monthly gatherings and you can easily mingle with the diverse crowds by discussing your travel experiences in different parts of the world. 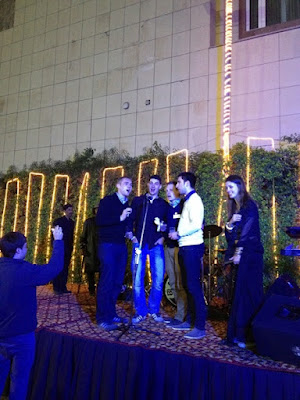 InterNations is the idea of Christian Leifeld, Philipp von Plato and Malte Zeeck. Building upon their work experience in international management consultancies and media companies, Christian, Malte and Philipp decided to set up InterNations to make living abroad easier. DelhiPlanet caught up with Malte to learn more about this global expat network in an exclusive interview

DelhiPlanet (DP): Please tell us about yourself and your journey to discovering the idea of Internations and making it a true global expat network.

Malte Zeeck (MZ): I love travelling and discovering new countries and different cultures. It was probably my high school year in the United States that gave me the travel bug, and I havenâ€™t looked back since. I studied economics and film at universities in Switzerland, Italy, and Brazil and also worked as a flight attendant to explore even more corners of the world! After graduating, I ventured into the world of TV journalism and did documentaries in various countries, such as India, Brazil and Spain. All this later played into the idea for InterNations.

The seed for the idea was probably always there but it was when I started working as a journalist and had to travel and move around a lot, that it slowly took shape. Together with Philipp and Christian Leifeld, I imagined a world where you wouldn’t have to build up a whole new network of contacts from scratch whenever you moved to a different city. That’s how InterNations was born and we had the business plan ready within four months of conceiving the idea.

DP: What kind of challenges did you face in setting up the network and then growing its adoption?

MZ: One of the biggest challenges has been â€“ and still is â€“ to put all our great ideas into practice. You need immense IT capacities to keep such a big global network running and performing well on a day-to-day basis, so that often there isnâ€™t enough time to launch a new feature, even if we want to.

The other challenge we face arises from the fact that we are a global network, but there is no global solution or strategy for success. What works in one country may not work in another. When it comes to organizing events in our various local communities, for example, we have to adapt our approach and remain flexible all the time. This costs a lot of time and requires a good deal of knowledge, insight and sensitivity.

DP: How aggressively do you market the platform?

MZ: We do not run any major advertising campaigns. We very much rely on word of mouth recommendations and on our membersâ€™ inviting their fellow expats to join. We are trying to reach expats around the globe through our internet presence, our social media activities and by talking to the right people, but most of all, itâ€™s our members who spread the word around the world. 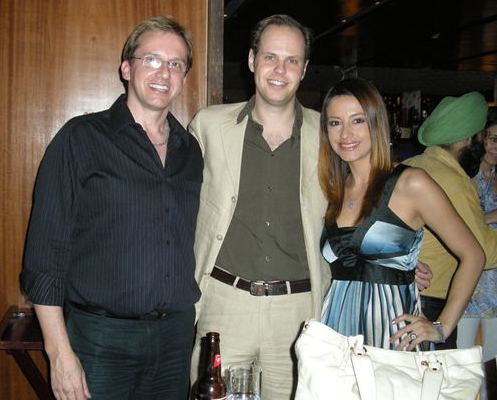 DP: InterNations is a community not only for expats but also for global minds. What is your notion of a Global Mind, particularly in today’s world where social networks and globalization is allowing people to embrace and learn about other cultures more easily than before?

MZ: A Global Mind on InterNations is someone who lives or has lived abroad, someone who travels abroad on a regular basis for work, who does business on a global level or someone who has a network of contacts all around the world. Simply knowing a lot about other cultures doesnâ€™t automatically make you a global mind, at least not in InterNations terms.

While we are essentially positioned as a premier global expat network we also welcome people who move back to their home-country after many years of living abroad and enjoy international company. Such people are also global minds and they form an important part of the InterNations experience.

DP: What do you think about the social and digital media revolution that we are currently witnessing? Which social networks do you and InterNations use the most?

MZ: We are represented on all major networks, such as LinkedIn and Xing and also have an active presence on Facebook and Twitter presence. We have also just set up a Pinterest profile. However, the social network I use the most is of course InterNations itself. After all, it was set up with the aim to become a premier global expat network making it easier for them to both make new contacts and stay in touch with people they met in other parts of the world.

Generally speaking, I believe that in our globalized world, we will rely more and more on social and digital media to stay in touch with people in different countries . Nevertheless it is also important to maintain personal contacts and friendships and actually meet up with people. InterNations is addressing both these needs at once.

A truly global mind, Malte does want more growth for InterNations but not at all costs. Contrary to most other social networking platforms he plans to keep it invite-only for a long time come. He also aims to make it synonymous with moving abroad and re-locating to a new country.

Are you an expat eager to meet other expats or a global mind keen to meet similar people close to your community? If yes, then checkout InterNations and submit a request for membership and help the platform achieve its goals and overarching vision.