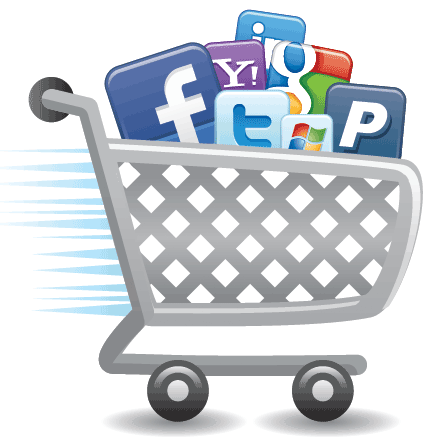 – Quoted from The Social Network

Close to 15 months ago, when The Social Network starring Jesse Eisenberg as Mark Zuckerberg released, the catch-line of the movie read as – ““You don’t get to 500 million friends without making a few enemies”. Today, 15 months later Facebook has over 800 million users and has grown at a rate of 60% in the last five quarters with close to 75% of its users coming from outside the US. With Facebook set to go public in 2012 with a predicted valuation of $100 billion, Zuckerberg’s retort to Bob doubting his ability to be the next Bill Gates will come unfounded as he will net a cool $24 billion post IPO.

Facebook, Twitter, LinkedIn and to a lesser extent other social networking platforms aren’t only creating billionaires out of their founders and early employees but are also shaping the second wave of the digital revolution. In the next year or two the excitement to be on social media will die down and Facebook, Twitter etc will most likely have reached as much of the online world as possible. Our social graphs would be well defined and the thought of purchasing goods online will no longer be alien or discomforting in any international market of the world.

While pure e-commerce enterprises are weaving the various aspects of social media into their daily mode of operation, traditional brick-and-mortar stores too are trying to figure out how to best make use of social media. Agencies are educating such clients in retailer engagement and trying to make sure that retail environment builds brand value and advocacy with key influencers. It thus seems natural that social media will become the de facto hub of commerce for retailers.F-commerce and t-commerce is already becoming highly alluring as it enables companies to harness social capital, and retailers are eager to tap into the tremendous word-of-mouth potential of fans liking products, making purchases, and sharing with friends.

Building on this understanding of the future, a few startups and product visionaries behind these enterprises have already started creating sophisticated algorithms which leverage your social graph to provide you with a more relevant online experience. One such organization is Imply Labs which develops social media predictive buying technologies to help people connect to more relevant products, services and information. Founded in 2009 by an ambitious entrepreneur named Zack Oates, the angel investor backed, privately held company, headquartered in Utah recently launched their first product called Giveemthis. GiveEmThis.com is a personalized gift engine that analyzes your friend’s social graph to recommend gifts (currently only from Amazon) and its powered by the predictive buying technology from Imply Labs. Any doubts about the relevancy of this venture were quickly dispelled after the site saw a tremendous response post launch as well as signals of emerging competition from top global brands like Walmart. Close on the heels of Giveemthis, @WalmartLabs launched a similar product called Shopycat which suggests the perfect gift for your friends and family by analyzing their Facebook profiles.

Trying to find just the right gift for people on your list? Check out @Shopycat, the Social Gift Finder. ow.ly/7LdT0

Unlike Shopycat however, Imply labs plans to start licensing their technology allowing numerous e-tailers to jump into the social commerce revolution. DelhiPlanet caught up the founder and visionary, Zack Oates to understand more about Giveemthis and his perception of Social Media.

DelhiPlanet (DP): How did you conceive of this idea and how long has it taken it for you to get here? Are their any other players with similar offerings in this space?

Zack: I started thinking of this idea when I was trying to figure out how to help parents come up with conversation topics to get closer to their kids. Social media is a great place to start, but it is difficult for parents to really figure out what is important to kids, even though they discuss their interests on Facebook and Twitter. When I started going down that path, I realized that there are many implications, one being a gifting service.

DelhiPlanet (DP): How has the response to the service been so far? How do you plan to monetize it and will you partner with other vendors as well other than Amazon?

Zack: So far, things have been going great! We have had tons of traffic to the site and have had to work hard to keep things from not crashing! While we have an affiliate relationship with Amazon and are looking to add more stores to the back-end system to get even more niche gift ideas, the goal is to gather more data to improve the platform and enable other enterprises leverage our technology easily through a licensing setup

DelhiPlanet (DP): Facebook and Twitter have come a long way in the past few years and their use is growing by leaps and bounds every day. Do you think this Social Economy is here to stay or is it just a phase that will pass?

Zack: The future of social media is predictive social commerce. people are going to want to use their facebook and twitter data to have a more personalized internet experience.

Giveemthis seems to have gotten off to a good start so far and the fact that it has Walmart for company is certainly a healthy sign as it lends credibility to the idea. Infact, a quick look at their YouTube channel makes you think of an alternative use of the service. One can use it to create celebrity gossip around which gifts will be liked by different celebrities based on their Twitter feeds.

So the next time, you’re finding it hard to find the perfect gift for someone close to you, might as well try logging into Giveemthis and let that special person’s zeal for sharing on social media come to your rescue.