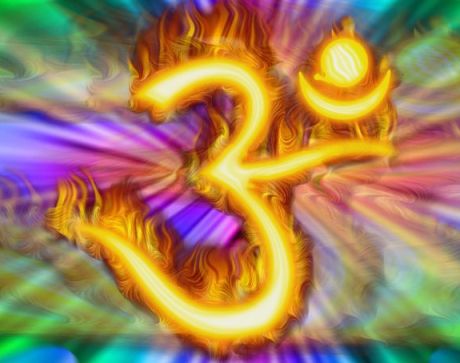 Hinduism which is often regarded as the mother of all religions and is the oldest living religion in the world today has a concept called Nadabrahma which in its simplest terms means that the “World is Sound“. It is believed that the whole universe, in its fundamental form, is made up of vibrating, pulsating energy. In fact at any given point of time all of us are vibrating. Whether we are standing, sitting, working or resting every part of our body is vibrating at different frequencies. One can almost imagine that each one of us is an individual musical chord and when we are in good health our chord is in harmony with the elements that surround us.

Another concept from Hinduism that is extensively practiced in Yoga is healing through chanting and being in the presence of the right sounds. The word OM or AUM is the most often chanted sound among all the sacred sounds on earth. OM is said to be the original primordial creative sound from which the entire universe has manifested. All of this highlights the importance of our ears and sense of hearing and how it can impact both our mental and physical wellness.

Our ears are amazing organs, which can hear upto 10 octaves, assist in body balance and position and also have an influence on human appearance especially for women. The true function of our ears in the context of today’s always-on, hyper active society however is the least understood; our ears are not meant for hearing but for listening. Infact if you think about it for a few moments you will realize that most valuable lessons that you learned in life were through active listening. The truly wise men are those who are not only great speakers but also great listeners, two qualities that very rare to find together.

While hearing is passive, listening is something one needs to work at, its a relationship with sound and a skill that none of us are taught. The problem with listening is that so much of what we hear today is noise. Noise Pollution is affecting the health and reducing the quality of life of millions of people around the world both in developed and developing nations. To counter this problem, kids from Gen Y and onwards (who have been influenced by a digital culture where music has advanced from clunky stereos to walkmans to jazzy iPod’s) block out the noise with the help of earphones and headphones. The problem with these gadgets is that it brings forward many health related issues which can at times prove fatal, as highlighted by numerous incidents of ‘iPod Oblivion‘. 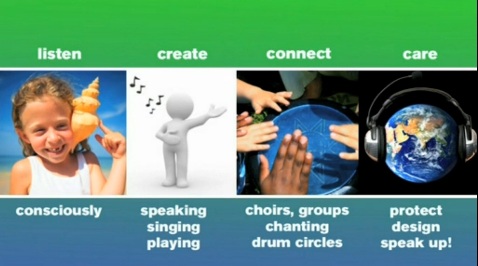 The solution however is not to ban earphones or listening to music but to educate people to use them smartly. Sound is a brilliant form of energy and music is great manifestation of sound as long is it not compromised. One of the drawbacks of the iPod culture is that music is severely compressed so as to fit as many songs as possible in the available space. This can prove to be harmful in the long run as poor quality music puts more pressure on our ears than high quality music. Thus, one should never comprise on quality and always choose the highest bitrate music which should be heard with the best headphones that one can afford. If possible try listening to natural sounds such as those of wind, water and birds which have been part of our evolution for hundreds of centuries.

Four other ways in which you can improve your health, relationships and day to day life by actively engaging with sound is by listening consciously, creating and connecting with sound and protecting your ears from harmful noise. Julian Treasure, a well known name is the area of soundscaping and sound design talks about many of these topics in one of his TED talks titled “Shh! Sound health in 8 steps“.

In summary, perfect health and wellness is not just about six pack abs, size zero and looking great but about achieving the perfect balance between all your senses and being in harmony with nature. So the next time you have a choice between a late night party at a club and a silent walk on the beach amidst the natural sounds of the waves, try choosing the latter.