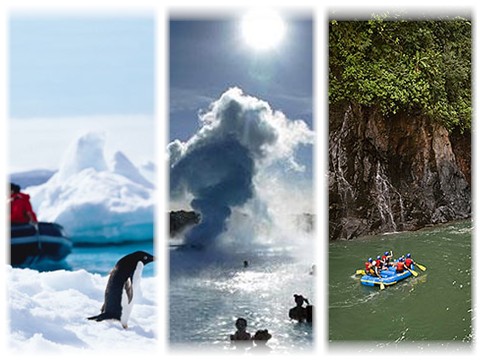 Before there were mainstream celebrities from the world of entertainment, sportsman, politicians, music artists or celebrity CEO’s there were explorers and travelers. People like Marco Polo, Christopher Columbus, Vasco Da Gama, Amerigo Vespucci (after whom America is named) and in more recent times Neil Armstrong and Edmund Hilary have cemented their names in history for eternity as a result of their achievements and discoveries.

In the second decade of the 21st century with seven billion people spread across each and every corner of the globe, it is perhaps next to impossible to discover any new place on earth. So what do people who are explorers and travelers at heart do to live their dream, specially during their youth and middle age years? Backpacking across Europe is a must-do, tourism is a big industry in Europe and thousands of people travel extensively around Europe particularly during the summer months. If you have a knack for adventure sports then you could possible try Bungee Jumping, Sky Diving, Scuba Diving, Jet Skiing, white water rafting etc or even para-gliding.

However to truly experience true thrill, adventure and excitement and to take your passion to the next level visiting these three destinations viz. Antarctica, Iceland and Costa Rica is highly recommended. While these may not be very cheap holidays, they will certainly provide you with an experience of a lifetime, one which can be cherished for many years to come. 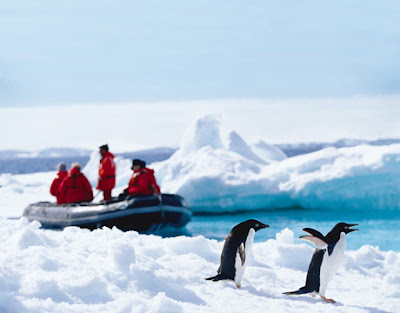 A few decades ago the very thought of visiting Antarctica for a holiday was as unlikely and unimaginable as the thought of visiting the moon or space for a vacation is today. However, thanks to the advancement in transport technology and the increased presence of official bases in this icy continent that is no longer the case. While the rest of the world is exploding with man-made issues like population, poverty, pollution etc, Antarctica is still as serene and pure as it was 1000’s of years ago (barring changes due to global warming).

It is a place to visit for the purists, a place which can see a population of less than a 1000 people in winters to more than 50,000 in summers with a majority of that number being tourists. The continent has no indigenous government, management of the Antarctic is organised through the legal framework of the Antarctic Treaty of 1959. The best time to visit Antarctica is between November to March during the summer months, when one can get to see courting season for penguins and seabirds, seals, whales and extremely long days in an unpolluted and serene environment.

Holiday packages are anywhere from 5-21 days long and cost a minimum of $5000. The only places where the trips leave from are Ushuaia in Argentina, Hobart in Australia, Christchurch in New Zealand and Port Elizabeth in South Africa. If you are looking to find one for yourself and take this experience of a lifetime, the best way is to Google “Visiting Antarctica” and you’ll surely find some results that you can act on. 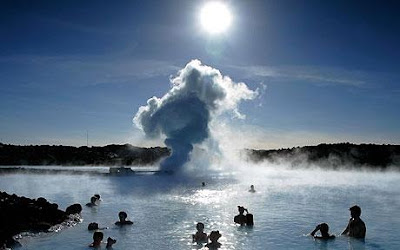 For the faint hearted and those who can’t make it to Antarctica the next best option is to visit the land of glacial wonders and active volcanoes, i.e. Iceland. The country of approximately 320,000 that suffered a massive collapse post the 2008 global financial crisis is mostly known for its capital city ReykjavÃ­k which along with its surrounding areas in the southwestern region of the country is home to two-thirds of the country’s population.

The country is extremely close to Greenland and the arctic circle and during Summer there are plenty of day trips that happen from ReykjavÃ­k to Greenland which is much more inhabited and developed as compared to any region of Antarctica. Iceland has a concentrated tourist season, peaking from mid-June through August, although the country offers plenty to do in spring, fall, even winter, and prices are dramatically lower for airfares, car rentals, and accommodations during winter. Icelanders are avid Christmas celebrators, and the Aurora Borealis is remarkably vivid in winter. Most off-season visitors use ReykjavÃ­k as a home base, and combine city culture and nightlife with activities such as horseback riding, snowmobiling, and visiting spas.

Planning a trip to Iceland is not difficult at all, its extremely well connected to Europe, has its own airline in Icelandair and has plenty of packages and tourists visiting the country during summer. The country has recovered well post the 2008 crisis where it was deeply affected but now and next year is still the best time to visit especially if you earn in USD, Pounds, Euros or Australian Dollars given the favorable exchange rates. 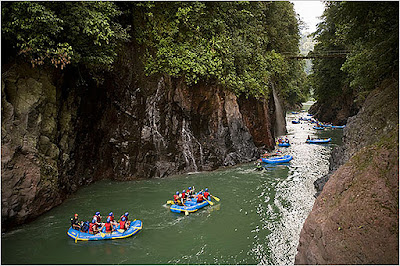 Finally, if you love adventure but going to the poles is not your thing, then the “Rich Coast” of Central America which is one of the greenest countries in the world is the place for you. Costa Rica is currently — and consistently — one of the hottest vacation and adventure-travel destinations in Latin America, with close to two million visitors each year. Despite the boom in vacationers, Costa Rica remains a place rich in natural wonders and biodiversity and offers extensive adventure travel experience ranging from white water rafting, canyoning, hiking, biking and more.

For those who love adventure and exploration these destinations are the holy grail. Visit all three of them and you have every right to brag about your travels and experiences for the rest of your life. 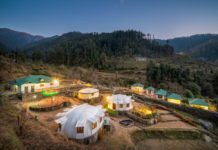