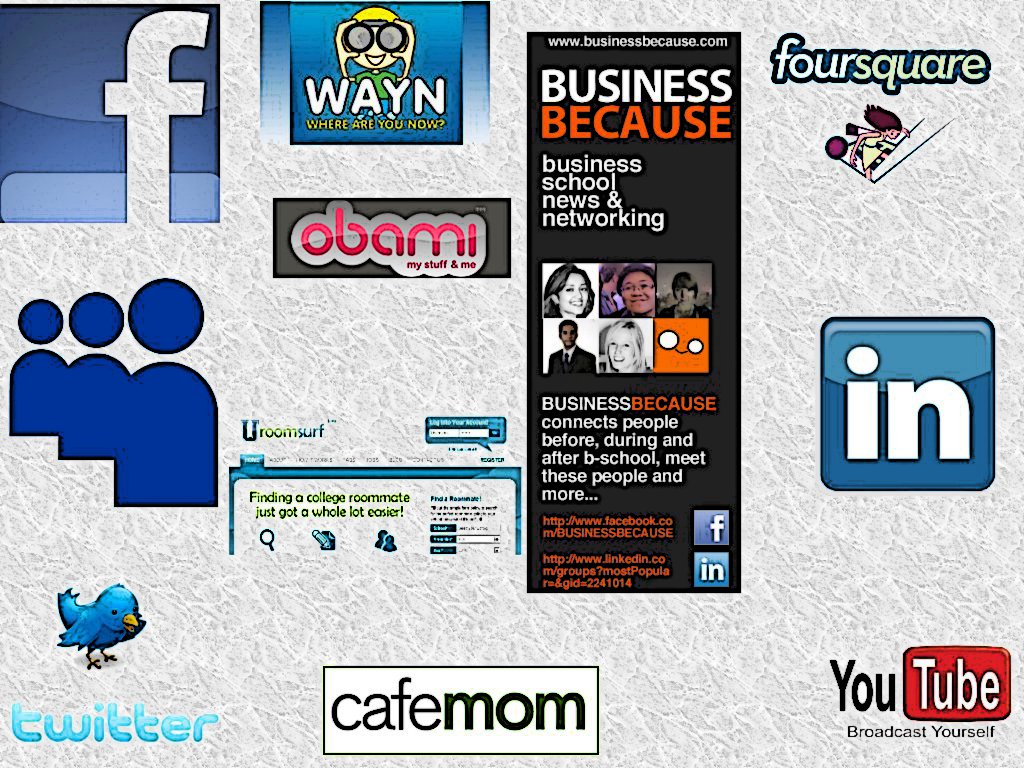 Take a close look at the picture above and what do you see ? At the outer fringes you will find brands that are now so widely known that they are an intrinsic part of your lives (so I would assume if you are reading this post). Studies indicate that the first thing young women do in the morning is to check their Facebook accounts for updates (as reported by Mashable here). Not till long ago, taking a break from work to explore and travel the world was considered an adventure and an achievement. These days, shutting down your Facebook account and living without it for a month is considered to be a big deal (interesting read Facebook Refugee).

Coming to Twitter, the platform now has more than 175 million users with 90 million tweets being sent per day. People are using twitter as motivational tools to lose weight, run a marathon, quit smoking and what not (read here for more). We even came across an interesting tweet the other day, indicating how tweeting very frequently can be a bad habit:

But then, most of these are broad social networks which cater to everyone and thus have no specific segmentation amongst its users. Little wonder then, that the success of these networks would lead to other innovations catering to certain specific audiences such as mothers, people who like to travel, MBA students, students starting college and much more.

We like to call these networks “Specialist Social Networks” as they cater to an audience that satisfy a set of characteristics such as age, sex, occupation, future outlook etc. At last count this sheet indicated that their were close to 193 such networks on the Internet comprising of categories such as travel, education, beer, food, business, photography, cars, sports, dating, pets, arts, mothers and many more.

For instance, CafeMom is an online community where millions of moms meet each day to talk, share advice, make new friends and play games. The network employs 65 people in New York, gets millions of unique vistors every month and raised close to 12 million in capital in early 2008. So if you have a brand aimed at pregnant mothers or new mothers such as Babo Botanicals or Nutrabella then CafeMom is where you want your brand to be.

The NYtimes recently carried this article on another Specialist social network called URoomSurf. An excerpt:

Bright Eyes and Regina Spektor share the same bedtime (between 10 p.m. and midnight) and a high tolerance for clutter. They both eat vegetarian food, advocate for animal rights, play guitar and favor the same indie rock acts. They also recently agreed on a polka dot shower curtain.

This is not just great good luck â€” theirs was a match made on URoomSurf.com, a Web site that does for dormitory life what eHarmony and Match.com have long done for romance.

The article later goes on state that since the site started in February, more than 80,000 students from 700 colleges have signed up, paying $5 or $10 (depending on the level of access to information). Now that’s a pretty good Online Business for what could also be a Facebook group that connects people with similar interests looking to be room mates in college.

Finally, another such network based out of London runs a slightly different model and aims to bridge the gap between schools and students looking to study in those schools. BusinessBecause, is a London based startup that is a news & networking site for the b-school world. It provides interesting content and helps to connect people before, during and after business school. The network has pioneered a new concept of ‘community journalism‘ where its members who are essentially students studying in B-school or B-school alumni are encouraged to share stories of their school experience, favorite lectures, classmates etc.

The website also has its own Editorial team comprising of Journalists from the world’s leading Journalism schools such as Columbia who produces great quality content, conduct interviews with Business schools professors, thought leaders and much more. The website targets international, smart, web-savvy and well-connected individuals between the age of 22-32 interested in Business School education.

Well, these niche networks mentioned above are just the tip of the iceberg. There are plenty more out there. So if you’re looking to connect with a group of people who share a similar interest as you, then just do some Internet research and its likely that you’ll find a “Specialist Social Network” catering to your particular interest.